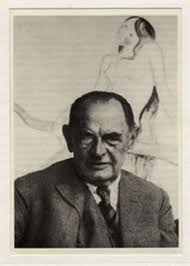 In a letter to Sigmund Freud the German doctor Georg Groddeck wrote him the following?

“In 1912 I published a book in which there is a premature judment, whose text alone shows that at that time I did not know of the psychoanalysis more than by hearsay, it would not require an explicit confirmation that my unforgivable error was not based but in ignorance, which does not mitigate in any way .. “

Georg Groddeck was referring to the fierce and unjust criticism he had made to Psychoanalysis years earlier in his book entitled Nasamecu.

Many times have we heard or read critiques of psychoanalysis or Freud by people who, like Groddeck confessed, knew about psychoanalysis only by hearsay or had not read a single book by Freud. 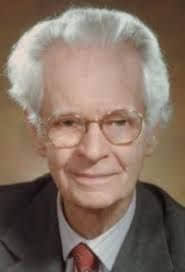 that Skinner, the father of Behaviorism, quotes Sigmund Freud more than ten times in one of his books?

Perhaps many behaviorists do not know that Burrhus Frederic Skinner in his book “Science and Human Behavior“, published in 1953, speaks in very flattering terms about Sigmund Freud and Psychoanalysis.

Among these quotes is the following:

Skinner recognizes the importance of Freud in relating childhood events to behaviors in adult life.

He also says verbatim: “Perhaps prudent men have always known that we are predisposed to see things as we want to see them instead of how they are, but thanks to Sigmund Freud we are much more aware today of the “thought of desire”.

To explain certain aspects of the “positive reinforcement” of certain behaviors, he resorts to the Freudian concept of “Sublimation“. And he adds: “For example, A marriage without children can sublimate their paternal instinct treating their puppy as a son”.

In the chapter on punishment he says: “The fact that punishment does not permanently reduce a tendency to respond, agrees with Freud’s discovery of the survival of the activity of what he called repressed desires”. 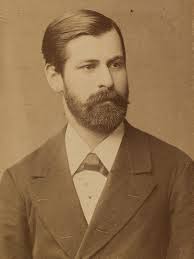 Who is Sigmund Freud?

Sigmund Freud, the father of Psychoanalysis, was born on May 6, 1856 in a middle class family in Freiburg (Moravia). When Freud was 4 years old his family moved to Víena.

Already as a student, Sigmund Freud entered the physiological laboratory of Bruecke where he began his research career, centered in those early years in Neurology. Parallely Freud began their publications.

In 1984, Sigmund Freud investigated the anesthetic properties of the cocaine, substance that at that time in Europe was little known. At the same time his friend Carl Koller demonstrated the anesthetic properties of cocaine in Ophthalmology.
Shortly after (1984) Freud entered like professor in University of Víena.
In 1885 he received a scholarship to go to Paris to study with the famous Jean Martin Charcot at the “Hospital de la Salpêtrière“. At that time this French doctor studied the possibilities of hypnosis as a treatment of Hysteria.

After returning from France, Sigmund Freud marched to the Kassowitz Institute in Berlin where he studied the cerebral palsies of children.

Later on, in 1989, Sigmund Freud traveled to Nancy (France) to see how Liébault M.D. and Bernheim M.D. used hypnotic suggestion as a therapeutic technique, not only for Hysteria but also for other neurotic disorders.

His biographer Ernest Jones tells us that Sigmund Freud was a family man, a lover of his profession and a tireless worker.
Freud was a very cultured man who spoke French and English perfectly, as well as Spanish,  which he had learned reading “Don Quixote” in the language of Cervantes. During his youth he also translated several works by Charcot and Bernheim into German.
Sigmund Freud was a great lover of the work of Goethe and Shakespeare, as well as the Greco-Roman culture.

When he reached fame and glory, he was diagnosed with cancer of the jaw and palate against which he fought for 16 years, in the course of which Dr. Pichler performed a total of thirty-three operations under local anesthesia, in addition to radiation. The last ones were so bloody that he agreed, at the insistence of hes doctor, to administer an analgesic called Novocaine. He had previously refused to take painkillers, despite the intense pains he suffered. One of those operations was so drastic that the nasal cavity was communicated with his mouth, so he had to use a jaw and palate prosthesis.
Ernest Jones says in his biography that “he was a perfect patient … Whatever the degree of suffering, there was never a hint of irritability or annoyance in him“. 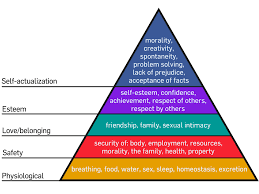 Abraham Maslow (1908-1970) was an American psychologist famous for advocating what was called “The Third Force in Psychology“.  This third force proposed a Psychology based on a humanistic approach, the so-called Humanistic Psychology. It was called third force since it came to occupy the third place, after the other prevailing psychologies, which were those of dynamic orientation (Psychoanalysis), and the Behaviorist.

Maslow received his doctorate in Philosophy in 1934. He also studied Watson’s Behaviorism and researched in the area of animal behavior. Later on he was appointed Professor of Psychology at Brandeis University (USA: US), and held the position of President of the American Psychological Association for several years

Furthermore this american psychologist affirmed that Psychology had taken too much care to the study of Psychopathology, that is to say to the sick “psyche“, and had forgotten the healthy or Eusychic mind. From the above he concluded that Psychology, having emphasized the pathological or “sick”, had obtained a partial image of the human being and a pessimistic vision of its potentialities.

In his studies on healthy people Maslow highlighted the value of spontaneity, self-acceptance, impulsive awareness, naturalness and liberation as agents that oppose destructive tendencies. He also highlighted the scope of the inherent potentialities of humanity.

Abraham Maslow affirmed that the human being has certain basic needs. These needs are:

1.- The necessities necessary for the maintenance of life, which would be, on the one hand, hunger and thirst, and on the other the gratification of the impulses of affection and self-esteem. He called these needs D or Deficiency needs.

2.- Needs B or “Meta-needs”. They are what drive a person to self-realization, such as impulses to freedom, beauty, goodness, unity and justice.

Abraham Maslow said: “The restriction of the basic needs can lead the person to neurotic needs that, being really impossible to satisfy, give how to waste human potentiality and exhaust human energy. And this is the fundamental tragedy of mental illness development outcome“.

All the above was captured in a graphic way in his famous pyramid, the “Maslow Pyramid” as it is known

Maslow with his “Psychology of the Third Force” advocated a “Self-Realizing Creativity” that would lead to health and growth. And he added that real people who accept themselves and others are self-realizing. These people would be spontaneous, creative and independent subjects.

In his last studies he talks about “Maximum Experiences” to refer to mystical or self-transcendental experiences.

Most of Maslow theories were exposed in his book “Towards a Psychology of Being“.

Hermine von Hug-Hellmuth (1871-1924), actually her name was von Hug Hugenstein, was a pioneer in child psychoanalytic therapy. She was the daughter of a military in good standing. Hermine never married and died tragically murdered by her nephew Rolf. That nephew of 18 years was the natural son of his sister Antoine, who had been at her charge after the death of her sister.

Hermine von Hug-Hellmuth, following the footsteps of her sister, Antoine, became a children teacher. Later she entered the University of Vienna, graduating and obtaining a doctorate in Sciences Physics. In 1909 he defended his doctoral thesis about the physical and chemical properties of radioactive substances. Hermine von Hug-Hellmuth was one of the first Viennese women in college.

She became interested in the theories of Sigmund Freud and Psychoanalysis when  she started her own psychoanalysis with the analyst Isidor Sadger.

Hermine became a member of the Vienna Psychoanalytic Society in 1913, and was closely involved in its journal “Imago” and in the “International Zeitschrift für Psychoanalyse “.

In 1920 Hermine von Hug-Hellmuth participates at the Congress of Psychoanalysis in The Hague where she has a paper entitled “On the Technique of the Analysis of Children“.

Hermine von Hug-Hellmuth published the book “The Analysis of a Dream of a 5-Year Old Boy” in 1912, when Anna Freud was 18 and Melanie Klein began to be interested in the studies of Freud. That’s why she is considered the pioneer in the psychoanalytic treatment of children and the use of the game (play therapy) to understand the child’s mind. Hermine von Hug-Hellmuth was really the first to adapt psychoanalytic technique at the age of the child. She said: “The purpose of analysis, both adults and children, is the same: restoring mental health.”

It was thought that Hermine von Hug-Hellmuth wrote a book called “A Young Girl’s Diary“, published anonymously in 1919. The book was a great success and several editions were sold in no time. The book is written in first person by a young woman named Rita who speaks, among other things, about “awakening sexuality”. People as influential as Lou Andreas-Salome or the writer Stefan Zweig spoke very highly of that book.

Hermine Hug-Hellmuth stayed true to psychoanalytic orthodoxy, and was among the favorite disciples of Freud.

Did you know that…..
The technique of psychoanalytic investigation was modified by Anna Freud who provided a method suitable for the analytic study of neurosis in childhood ?

Most of what is known about neurosis in children and other childhood mental disorders and their treatment had come from psychoanalysts therapists.
Melanie Klein develop also a method based on interpretation of the meaning of child’s play without recourse to verbal therapy. In that kind of psychoanalysis “toys” are very important.

Did you know that…..

Attention to individual’s development during childhood and mental illness first come from psychoanalysis ?

Freud and Breuer, studying hysteria, established the relationship between neurotic symptoms and childhood experiences. Sigmund Freud discovered childhood symptoms in the past live of his adult patients.

The “orthodox psychoanalysis” use the couch in order to facilitate the free association (the patients reclining upon the couch removes some of the distractions).

Furthermore, the lying on the couch with the analyst sitting behind the couch gives the analyst an opportunity to observe his patient without having to be conscious of his own reactions.